The menus change to reflect the freshest ingredients each season. 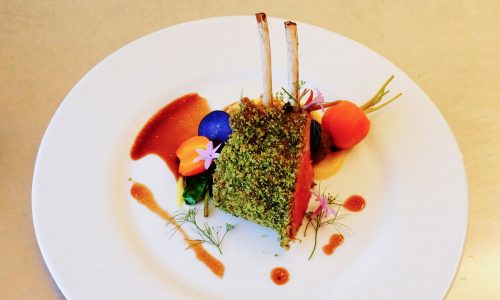 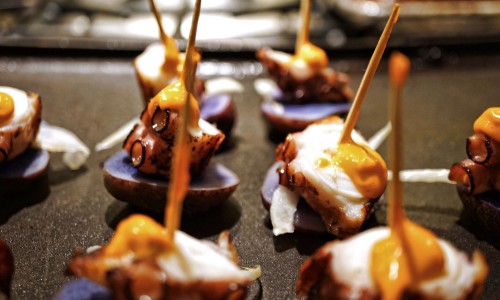 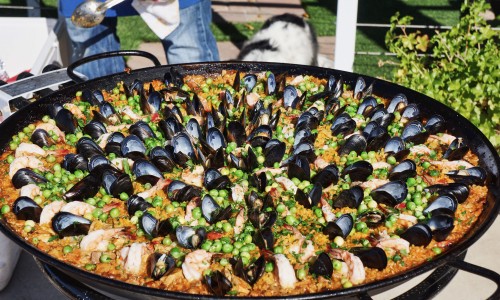 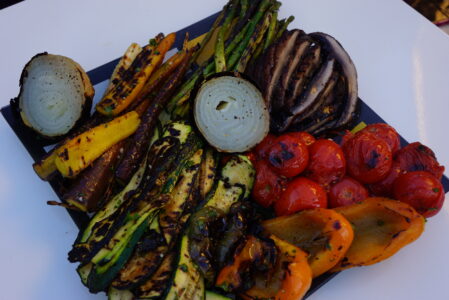 In addition to offering a daily menu at his ghost kitchen in the heart of Los Angeles, Chef Adel also has a range of catering services for special events. He works with you to customize the perfect menu, using only seasonal, organic ingredients from local farmer’s markets. Dishes can be entirely gluten-free, vegetarian or vegan upon request. 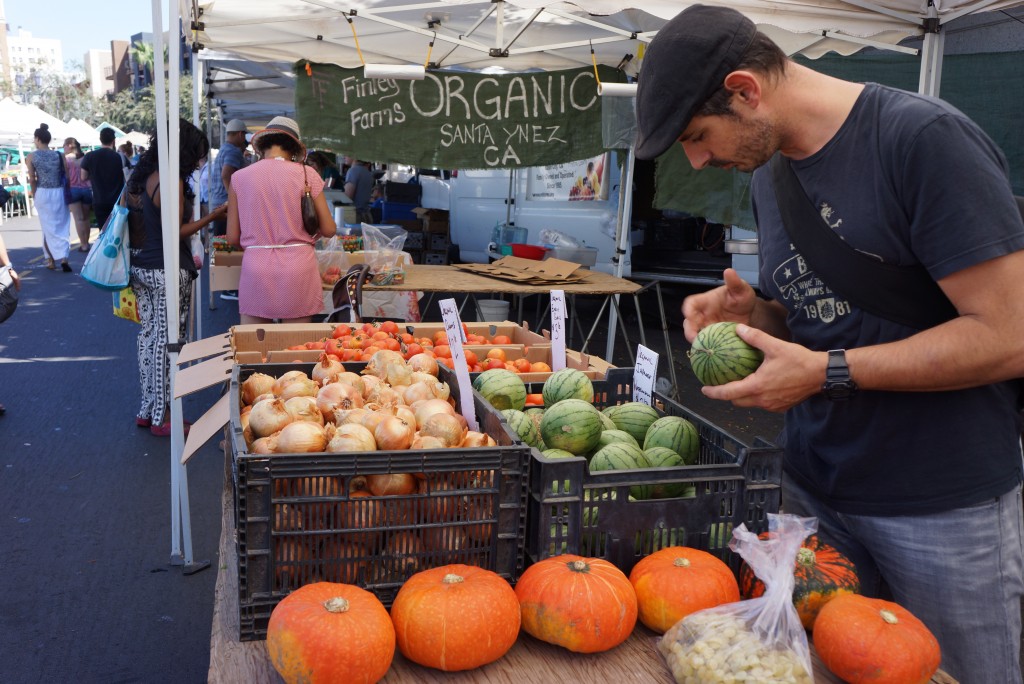 Growing up in Tunisia, geographically surrounded by the superb culinary influences of France, Italy, Spain and Africa, Adel fostered an early passion for cooking. After moving to Los Angeles, and spending many years in some of the city’s top restaurants, Adel has created his own unique blend of Modern Mediterranean Cuisine.

Adel has worked with top chef Joe Miller at his Michelin Star restaurant Joe’s and Jean Franco Minus at the Michelin Star Tre Venezie. He opened Cleo with Chef Daniel El Maleah and Chef Michael Teich and was the saucier for world-renowned Jose Andres at The Bazaar.

Adel loves the excitement of working in restaurants, but he also loves collaborating with clients to create the perfect menu for their special event. 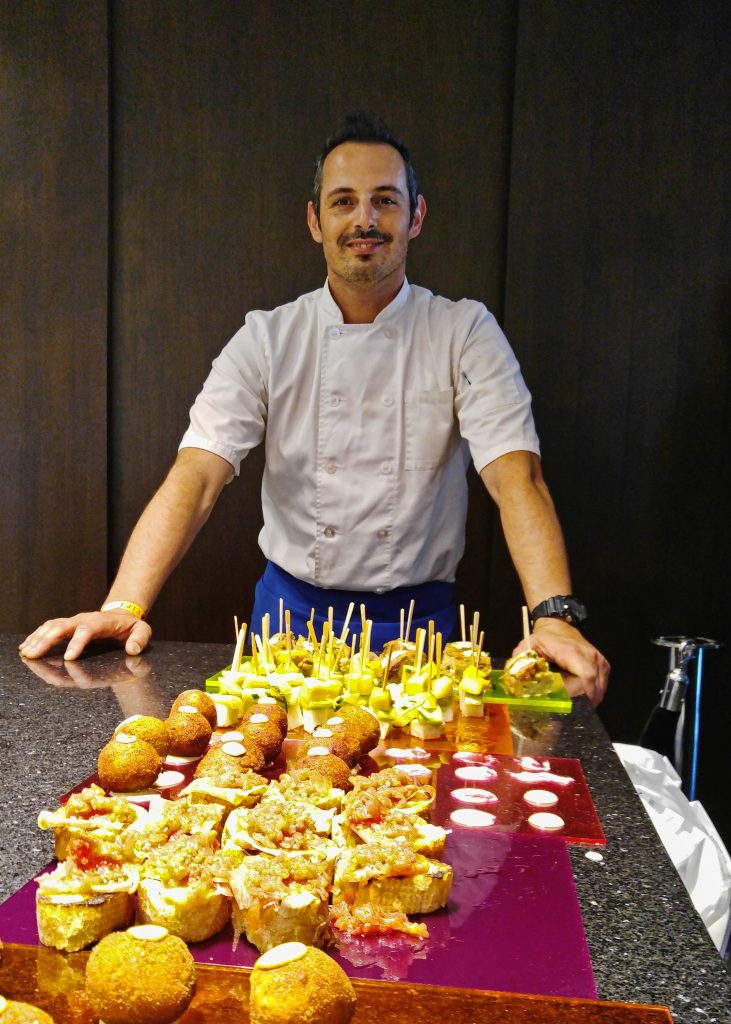 “I have dined at some of the finest five star restaurants in the world, but they honestly pale in comparison to the fabulous cuisine created by Adel Berriri. From soup to dessert, his dishes are simply incredible; delicious, unique and elegantly presented. And he can accommodate any dietary needs, from vegan to gluten-free or lactose-free without sacrificing taste. For any occasion, if you’re looking for the very best, Adel is the chef to hire.”

“Adel’s reputation is stellar, so when I hired him for a small dinner party for 8, I was expecting it to be great. Well it was way more than great and he was beyond creative and charming. From the heavenly soup starter to the shaved jicama wrapped guacamole, gorgeous monkfish entree and exotic sorbets, all with perfect wine pairings, we adored every new and thrilling bite. Since then, he has done several events for me including a brunch at my home and several BBQs, each one a new and inventive gourmet experience.”

“Adel was the chef at a small wedding I had the good fortune to be invited to. He created a multi-course meal that was incredible and beautifully presented – without being fussy or pretentious. Adel had also arranged all the wine pairing for each course, which put everything over the top into the truly spectacular. Since then, I’ve hired Adel for a paella party and a dinner party at my home. He presented a completely different menu each time with a completely different “feel” – both were superb! On top of everything else, Adel was an absolutely charming “host” who made both evenings something I treasure to this day.”

“Everything about the experience with Adel was fantastic. He worked with us to design a menu of all fresh, local ingredients of the highest quality. He was happy to cook with us, involving as many people in the process that were interested, and explained cooking techniques while he worked. Basically, we got a free cooking lesson from a top chef in addition to an amazing meal! Adel is warm, personable and funny, and our entire dinner party loved him. Presentation of all of the dishes was beautiful, topped only by the flavor. I would absolutely recommend Adel for any party that you’re planning – you will love it.”

“I had heard about Adel through friends and hired him for an office cocktail party and he went above and beyond to make the night special. Adel works with a mixologist so each dish he created perfectly complimented the drinks, which was an added bonus. It was a wonderful night. Can’t recommend him enough.”

“My first experience with Adel was at a dinner party where the hostess had been kind enough to tell him of my food limitations. Adel created a wonderful menu that everyone loved and that still accommodated my needs. In addition, he was both charming and warm, explaining the dishes and even his cooking techniques. I was so impressed that I arranged to have him cook a dinner party of my own where once again he pleased and amazed all the guests with the quality of his food and his personality.”

Adel is excited to plan your event. Please provide details below and he will contact you shortly. Or call 310-753-2428.